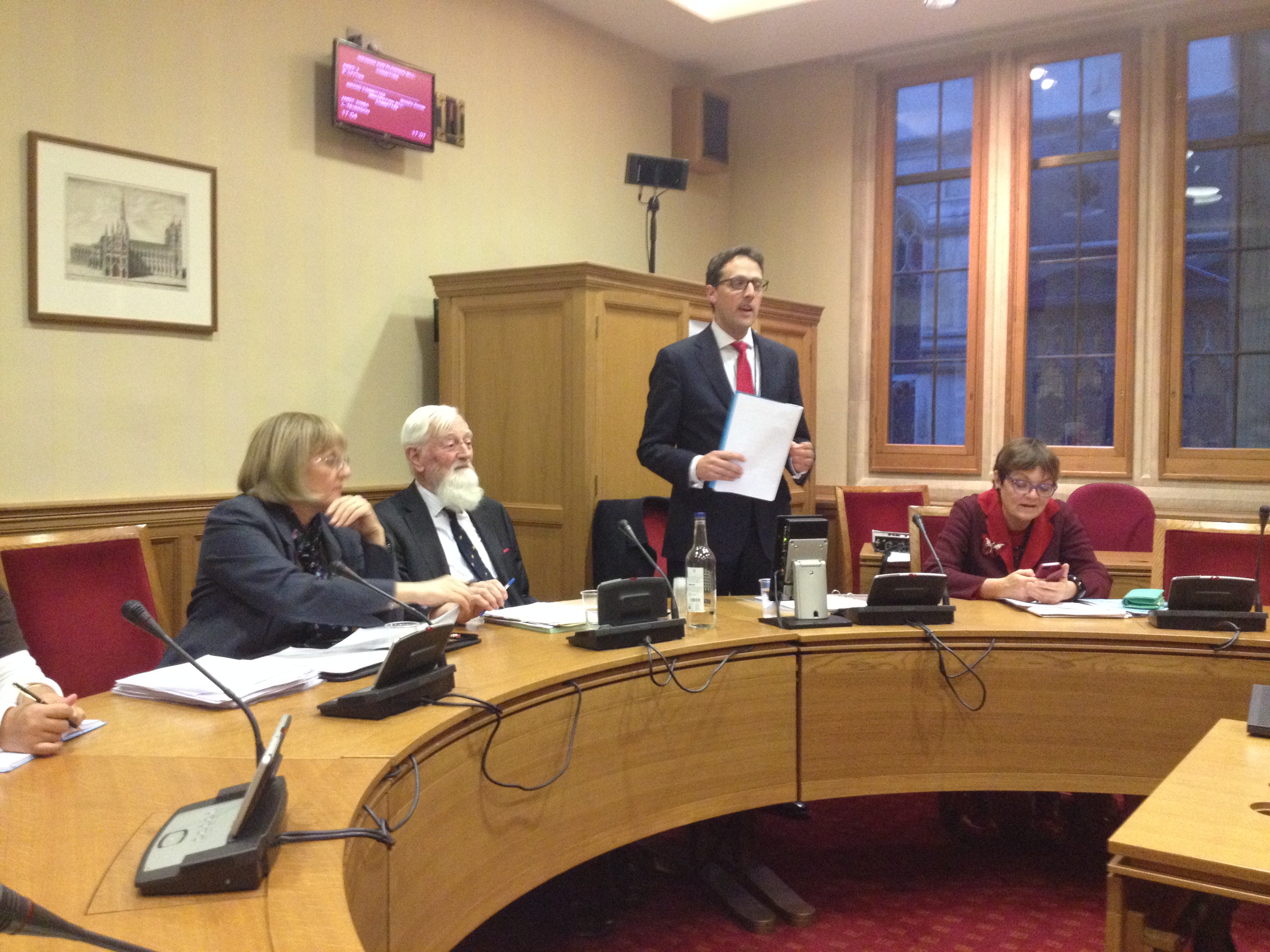 On 9 February 2016, James Ewins presented the main findings of his Independent Review of the Overseas Domestic Workers Visa at an event hosted by Lord Hylton at the House of Lords. The event’s organisers, Kalayaan, Unite the Union and Justice 4 Domestic Workers, led a panel discussion following the presentation, with poignant contribution from many domestic workers in attendance.

Published in December 2015, James Ewins’ review found that “the existence of a tie to a specific employer and the absence of a universal right to change employer and apply for extensions of the visa are incompatible with the reasonable protection of overseas domestic workers while in the UK.”

Ewins discussed the challenges he faced in obtaining quantitative evidence for his review, pointing to the dearth of data on overseas domestic workers at the Home Office. He noted that while the Home Office’s data collection grows daily, the information remains unprocessed and inaccessible. Ewins relied primarily on qualitative evidence gathered from a variety of sources such as NGOs, employment agencies and individual witnesses. His recommendations, he emphasised, are based on the best evidence available.

Ewins advocated for the right of overseas domestic workers to change their employer and to legally work in the UK for up to 2 ½ years. He explained that while this is not a fixed number, 2 ½ years represents a viable alternative to the current 6 months, as it will provide overseas domestic workers with greater stability and a meaningful opportunity to escape abusive employers and find alternative work in the UK.

Ewins noted that the visa application process was insufficient to prevent abuse and called for the introduction of in-country information meetings for overseas domestic workers who are in the UK for more than 42 days. Such meetings would provide information, advice and support to empower workers through knowledge of their rights and the capacity to exercise those rights while in the UK.

Finally, Ewins emphasised the need for increased prosecutions in cases of abuse of overseas domestic workers by their sponsors. He noted that criminal prosecutions, immigration and employment sanctions could act as a substantial deterrent to abuse by sponsors who frequently visit the UK.

Ewins’ review is currently under Government consideration. Ewins asked supporters to maintain visibility on the issues faced by overseas domestic workers in the UK and pressure on the Government to act on his recommendations.